Countless family trees list the wife of William Reeves who died in Wilkes County, Georgia in 1816 as Hannah Smith, most of them using the Reeves Review II as a source. In an effort to prove or disprove this connection, I found the marriage license of Hannah Smith to William RIVES in Mecklenburg County recorded on 14 Dec 1820 which I mentioned as Myth #7 in a previous post about the numerous myths circulating in Reeves' genealogy especially in regard to the Reeves' family of Granville County, North Carolina. Since this marriage took place four years after the 1816 death of William Reeves, it is obviously incorrect. This data was apparently submitted to the Reeves Review by someone who did not properly research the individuals involved. 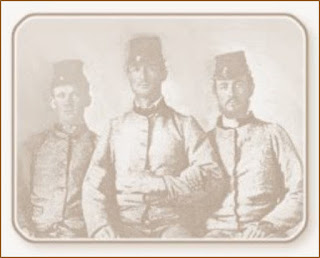 A search of the deed records of Mecklenburg County produced a quit claim deed by the heirs of Daniel Smith of that county assigning their rights to any legacies from his estate to their mother Elizabeth (Deed Book 24, page 133). Additionally that 1822 Quit Claim Deed named William "Reaves" as the husband of Hannah Reaves, daughter of Daniel Smith. From that quit claim deed, the parents of Hannah Smith were confirmed as Daniel Smith and Elizabeth Darnall, but even though William Rives appeared many more times over the course of the next 25 years in the deed records of Mecklenburg County, there was no clue to his origins.

William's name was recorded as Rives, Reaves and at times Reeves over those 25 years but since he was the only William with any variation of the Reeves name in Mecklenburg County during those years, it can be assumed that all of these references refer to the husband of Hannah Smith. It appears that Hannah died before the 20th of July 1824 for on that date, William Rives married Jane Cunningham in Mecklenburg County. He apparently continued to have a relationship with the Smith family for he was the witness in further documents filed by the heirs of Daniel Reeves regarding his estate in 1835.

There were no deeds in the Mecklenburg records listing William Rives as either a grantor or grantee after 1847 which created the impression that he was deceased before 1850. Estate Settlement Book 6 on page 358-359 lists the inventory of the estate of William Rives decd and a continuation on Page 451 of that book makes a reference to the estate of William & Mary Rives deceased, formerly residents of the state of North Carolina. There was nothing to indicate the nature of the connection, just their names.

Because the surname "Rives" had been the most consistently used in the Mecklenburg records for William's transactions, I began to research other Rives' families of North Carolina in hopes of finding a missing child, William. For once, I found the answer to the mystery in the first place I looked - the estate file of William McGuffey Rives of Warren County, North Carolina. In his 39 page estate file there were documents from the executors of the Mecklenburg, North Carolina estate of William Rives, deceased, regarding distributions from the estates of William McGuffey Rives and his deceased wife, Mary Catherine Turner Rives. William, the son of Mary C. Turner and William McGuffey Rives was previously believed to have died in South Carolina circa 1845, but then that's not too far off since Mecklenburg County is on the border between North and South Carolina.

It's a shame that all genealogical mysteries can't be solved this quickly and painlessly.
Posted by Beverly Watson at 9:41 AM

Do you have a Reeves, Reaves, Rives, Reavis, Revis, Reeve, or Rieves in your lineage? If you do, stay tuned. Look for posts about current research, DNA project updates, resources, mysteries, myth-busting, and more. 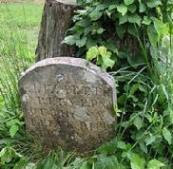